I am a wife, mother of four beautiful children, and a grandmother of three cute grandkids. I enjoy knitting, crocheting, cooking, and gardening.

I moved to the Seattle area in 1987 and worked as a CNA for 10 years. It was here that I had the privilege of meeting Dr. Bunce and began working for her in 2007. I love my work, my team, and the patients. I am so happy to be a part of their treatment and get to see their beautiful smiles at the end of their treatment.

I grew up in Seattle and I love traveling with my husband. We have a dog named Dinkii who keeps us busy.

I worked in general dentistry before joining Dr. Bunce’s team in May 2018. I love interacting with all of our patients and watching as their smiles transform into beautiful new smiles throughout their treatment. 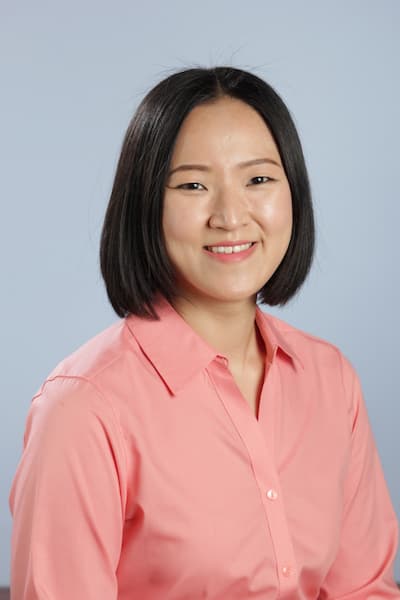 I have lived in the Seattle area my whole life. I enjoy spending time at the lake, baking, or cracking up with my own personal comedians- my four year old and husband.

I have been in the dental field for over ten years, and have been with Dr. Bunce since January, 2015. I really enjoy orthodontics because we get to see patients more frequently than typical dental offices and you really get to know the patients so well. It is especially fun working for Dr. Bunce because she has such a great sense of humor. You will frequently come in to the office and hear us all laughing. She also really makes everyone feel like part of the family, especially the patients. 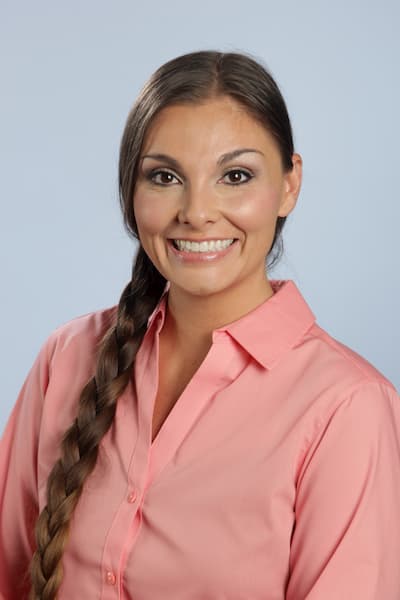 My name was Marjorie Wise until I married Richard Bunce—It’s a good thing his last name didn’t start with the letter “D”.

I had always thought I wanted to be a nurse but somehow I ended up being an elementary school teacher of mostly third grade students. I taught one year in a rural school to satisfy a scholarship requirement. I stayed with a farm family that lived within walking distance of the school and they had a buck sheep. The mom of the farm family warned me that I might become a target of that male sheep in the spring on my walk home from the school. He had targeted other teachers other years.

There was no well at the school so I had to carry one of the family’s milk cans with a lid containing water from their home to the school every morning. Paper cups for drinking were provided by the school.

As I walked home to the farm house where I stayed during the work week this particular sheep would stand there calculating as to whether today would be a good day to put his head down and make a run at me and knock me ass over teakettle as the saying goes. I guess he only did this in the spring when his testosterone was running a little high. Mating season you know. 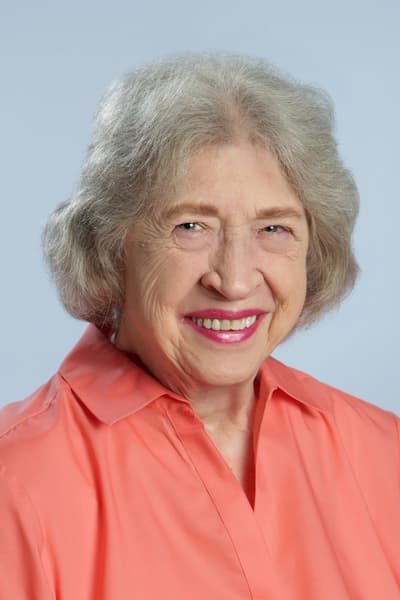 The day finally came when he couldn’t resist showing me how manly he was. When he came at me I started twirling around in a circle with the very sturdy metal bucket in my right hand. After several circles by me and several bangs on his head from the bucket he retreated. From that day forward, he stayed respectfully behind the farm fence and allowed me to walk the rest of the distance to the house from the school without any further interference.

I met my husband when I was teaching third grade in his home town of Harvey, North Dakota. He noticed my spring pink coat. After knowing each other for a little over five years we married and together raised three children. My husband was a mechanical engineer and we eventually ended up in Washington state at Boeing for about 7 years. There was a sign that was put up and paid for by two engineers that requested , “Will the last person leaving Seattle please turn out the lights”. The economy was in a dreadful down turn, people were being laid off left and right. My husband’s boss at the time assured Dick that Dick didn’t have to worry about getting laid off. My husband and his boss were the only two left in that group. Dick asked, “ Do you really think they are going to lay YOU off before ME?

We moved back to Grand Forks, North Dakota for about 21/2 years. They were building a new medical complex near the University and they hired my husband to oversee the overall construction of the new hospital and clinic.

Boeing of course recovered so we returned to this area. We never did get used to 40 below zero plus wind chill when we moved back to North Dakota even though we were both born and raised there.

My daughter went to the University of Washington and got an engineering degree and worked for Boeing for five years. She had always said she wanted to be either a dentist or a veterinarian. When she found out she would be faced with euthanizing animals she decided being a dentist was a better fit. The dental patient MIGHT GO TO SLEEP but not permanently. While she was in Orthodontic school in Chapel Hill, North Carolina she would call her dad and I at home from time to time and would always say that she wanted me to work for her when she returned and set up her practice. I would always laugh and say, “Oh, sure”. After hearing that several times her dad said, ” I think she is serious”. I said , “No, she is just pulling my leg”. Maybe that is why my right knee hurts so much and that leg is probably longer also.

I enjoy working and meeting the patients. The staff are my friends and I enjoy seeing them everyday as well. I am now a widow so if I stayed home everyday I would be talking to the walls and probably having disagreements with them. There are no holes in my walls as of yet, so we are still getting along.

My name is Rusty Bunce and I was a former California boy. Somehow I became lost somewhere on the streets of Los Angeles. I was picked up by the dog pound. No one much cared that I was missing. No one came to say that little boy belongs to me. I was one day away from being put to sleep forever.

A rescue group from the Kent, Washington area came down and picked me up along with several others of my lost, unwanted, brothers and sisters of chaos and despair. 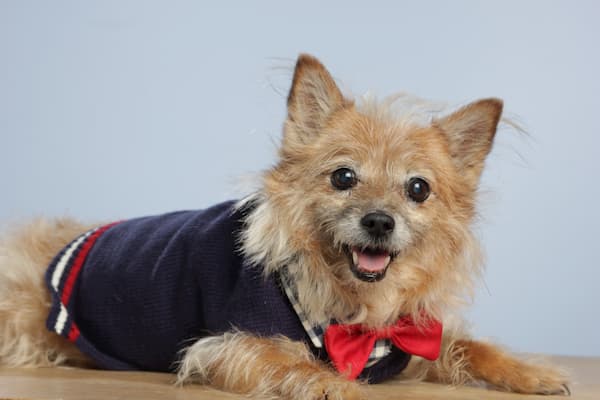 In the meantime, the woman who was to become my mom, had just lost her little 3 pound Yorkshire Terrier. He had died from some medical issues at the vet where he was being cared for. Alfy had been a rescue dog also. Alfy was found wandering in the yard of a friend who told my, someday, mom, that she had not been able to find the parents and my mom said SHE WOULD TAKE HIM. When Alfy died, my someday mom was looking on the internet and she came across a photo of me. She thought I was cute but, said she wasn’t quite ready for another little four footed friend.

My about to be grandmother was looking at the dogs on the screen as well. My grandmother to be said, “Well, Jackie, that little boy needs a home right now. HE CAN’T WAIT UNTIL YOU ARE READY”.

So the rescue lady was called and an evening meeting was set up in the house where I MIGHT POSSIBLY BE LIVING. My about to be grandmother and grandfather were asked to come over and offer their opinion as to my suitability for adoption into this family. The rescue lady wisely did not allow any of her four footed friends to be adopted without her visiting the family and the house where they were going to live.

I was brought in to the house and as, my now, grandmother tells the story—I ran up the stairs to the second floor and checked out the three bedrooms and the two bathrooms—came back down—checked out the living room, dining room, family room, bathroom and one bedroom. After having carefully sniffed EVERYTHING, I gave my signature of approval by going over to the lady of the house, layed down at her feet, let out a sigh, which was interpreted to mean that I had said, “I think I can live here”. I am now known as Rusty because my fur looks kind of like the color of rust and my grandfather said, “I think we should name him Rusty”. My grandmother always says, “We try not to let him get too wet so he won’t rust anymore.”

I now have a career as a therapy dog and I go to work everyday that Dr. Jacqueline Bunce goes to her practice where she is an orthodontist. No one likes to have anyone poking around in their mouth. Even we canines don’t like to have our teeth scraped, cleaned, or brushed. We have patients that come in that want the treatment but, are frightened just thinking about the process.

We had one little girl, probably about 12 years old, who wanted the braces but was sobbing so hard the treatment couldn’t proceed. Finally, Dr. Bunce asked her if she would like to come back to MY OFFICE, (Yes, I have an office.) and see me. Between sobs she nodded, yes. Then she was asked if she would like to pet me. The sobbing slowed even more and again she nodded , yes. Then Dr. Bunce asked her if she would like to HOLD ME while she got her braces placed. It was like the sun came out from behind a cloud. Suddenly the little girl was smiling. I spent about two hours on the little girl's lap while the treatment proceeded with no more tears.

Adults like to come and get me while they get their braces on also. I have been officially given the title of therapy dog and I have no plans to retire. I love my people and my work.

P.S.----I am the only grand in the family. My two uncles don’t have any children or four footed children. So my grandmother refers to me as her granddog.